Road Rage Driver Gets His Justice 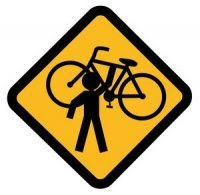 "A doctor convicted of assaulting two bicyclists by slamming on his car brakes after a confrontation on a narrow Brentwood road was sentenced today to five years in prison.
Christopher Thompson, wearing dark blue jail scrubs, wept as he apologized to the injured cyclists shortly before he was sentenced.
"I would like to apologize deeply, profoundly from the bottom of my heart," he told them, his right hand cuffed to a court chair.
Los Angeles County Superior Court Judge Scott T. Millington called the case a "wake-up call" to motorists and cyclists and urged local government to provide riders with more bike lanes. He said he believed that Thompson had shown a lack of remorse during the case and that the victims were particularly vulnerable while riding their bicycles."
Full Story: http://latimesblogs.latimes.com/lanow/2010/01/cyclist-sentenced.html
Posted by Tino at 4:08 pm