No respect in the suburbs 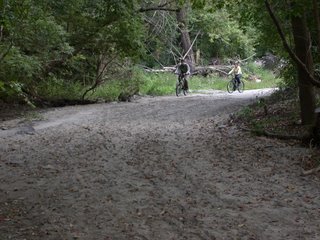 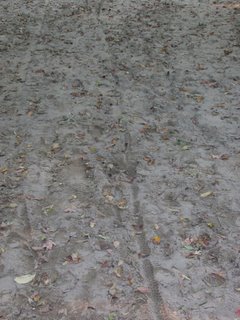 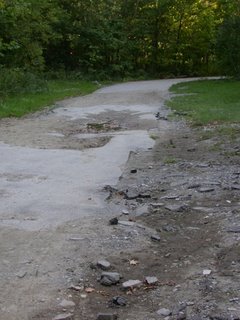 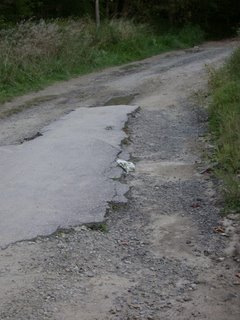 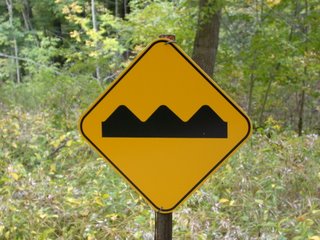 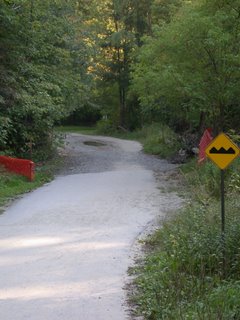 "I'm really ticked that parks & rec still hasn't fixed the bike path that was washed out in the August 2005 storm. That's the one that caused Finch avenue to collapse. I notice Finch Avenue was fixed ASAP.

All we've gotten is a caution sign indicating there's a "bump"... and that took a year before they put that up....grrrrr.
Anyways, I took some photos last night. The path is basically a beach in one section now with cycling possible in only one narrow strip. Gets worse at this time of year when its raining alot or you have to traverse it in the dark. The alternative route would be Leslie, but then you're at the infamous Leslie /Eglinton intersection, in the rain and/or dark, where a cyclist was killed 10 days ago or so. I believe this section of bike path is in Jane Pittfield's ward? Unfortunately, I don't live in her ward, but I will be going to my ward's all candidate meeting and asking a few pointed questions." (photos and tip submited by Veronica P.)
Posted by Tino at 4:12 pm

The City can be really slow in the core too with bike-type repairs. At the AGO construction site, they've taken away the northbound Beverly bike lane for construction purposes and put everyone into a tight c. 11 foot shared car/bike lane.Yet southbound the space is a full 17 feet wide and the parking spots are painted over so there's no reason why it should be so imbalanced a road-sharing. It's been over a year since the TCC itself asked for a safety review - and nothing's done.
And how long does it take to repaint a line?
There's been complaint at some of the wash-outs and the great length of time it's taking to fix them at the tcc and sub-comms already, keep stirring, maybe write legal.

that path has been a mess for such a longggggg time in fact I still had my pony tail back then :-P

It flash flooded out two years ago. A lot of damage was done and some areas required a complete rebuild. I used the section from Wilket creek off Leslie through to Serena Gundy for my commute. A pain in the ass, compounded by dodging all the dog walkers etc.

The problem with this path (as Darren commented elsewhere) is that it's not a bike path -- it's a multi-use path where in some spots, you need to dismount (e.g. exit out at Edwards Gardens). It should be fixed, yes. It shouldn't be considered as an adequate commuting path unless a bike dedicated section is provided, much like what the Martin Goodman trail is supposed to be.

Ever seen the distance between the road and sidewalk on Leslie? It'd be easy to dig it out and make a protected bike lane. Easy breezy.

Is it really that big of a deal or is it just a case of, "no fair, we should get what the cars get?"

You're riding a bike, that stuff doesn't even slow me down but I also grew up in the country, riding on gravel roads my entire life.

Personally, I'm thankful for a little less concrete jungle. Tear it all up.