Summary: We had 116.8kms of Bike Lanes in 2010-11 (well, until Oct. 2011) But we are now officially down to 112.9kms overall. With the Jarvis bike lane (2km) scheduled to be removed after the Sherbourne re-design in 2012 and maybe one or two of short bike lanes slated to be installed in 2012, the City of Toronto will reduce the total kms of bike lanes for a second year
in a row. 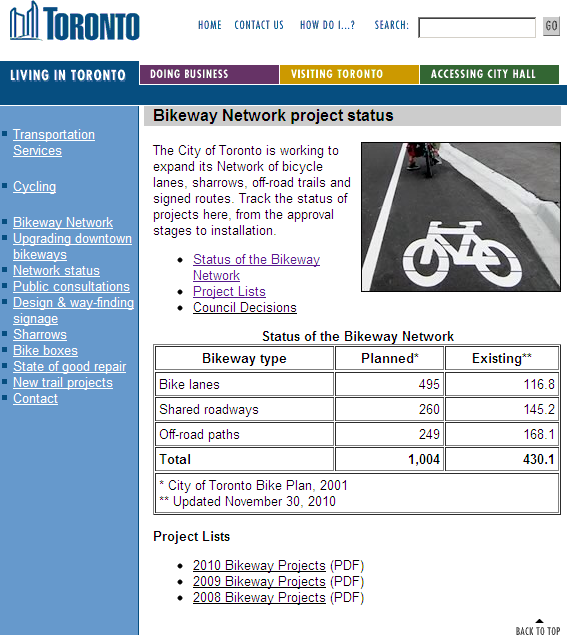 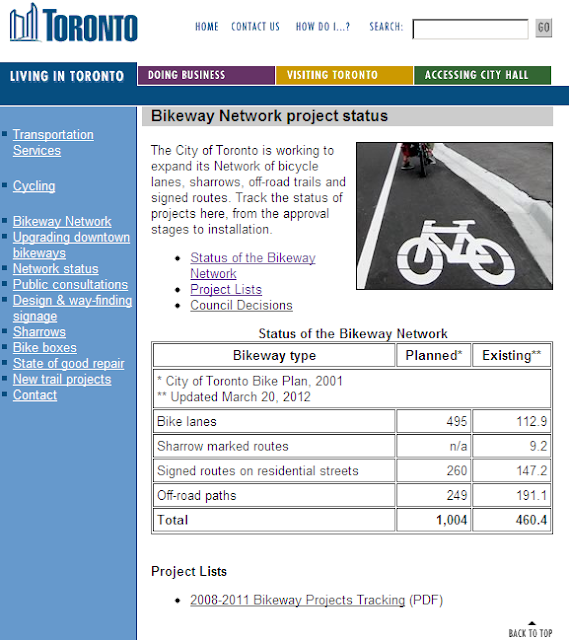