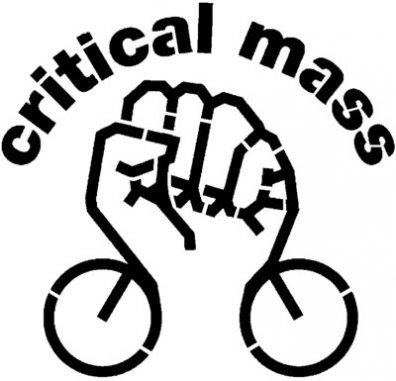 The city agreed on Monday to pay nearly $1 million to participants in the monthly Critical Mass bicycle rides who claimed they had been wrongly detained and arrested by police officers.

The lawsuit, originally filed in 2007, represented the claims of 83 riders who had been arrested or ticketed by police during the rides from September 2004 to January 2006. The awards to the plaintiffs range from $500 for those who were cited for minor infractions, to $35,000 for a plaintiff who was arrested multiple times and was injured because of the arrests, said David B. Rankin, one of the three lawyers who represented the riders. About half the settlement will go toward legal fees.

The settlements, totaling $965,000, do not include the many lawsuits filed by riders who were arrested during the Republican National Convention in 2004.

The Critical Mass riders and the Police Department have a long, antagonistic history. Since 2004, riders have claimed that police officers harass them, take their bicycles and arrest them without reason. The police have said the cyclists violate traffic laws. The department has deployed hundreds of officers, a mobile command unit and a helicopter to monitor the rides, which wend their way through Manhattan on the last Friday of each month.

Mark Zuckerman, a lawyer for the city, said the settlement was “in the best interest of all the parties.”

Mr. Rankin said he thought the settlement was fair, and that the city’s policies toward the riders had changed. “We hope that the cyclists and the N.Y.P.D. can figure out a way to work together,” he said.

Barbara Ross, a longtime rider who was arrested in 2005 on charges of parading without a permit and disorderly conduct, will receive about $15,000 from the settlement. She said that although the police have changed tactics, Critical Mass participants were still being harassed.

“They’re still wasting taxpayers’ money to show up every month,” Ms. Ross said.
Posted by Geoffrey at 11:36 am

May I translat this article in Chinese to my blogger ? It's big news.

Sure, please go ahead.