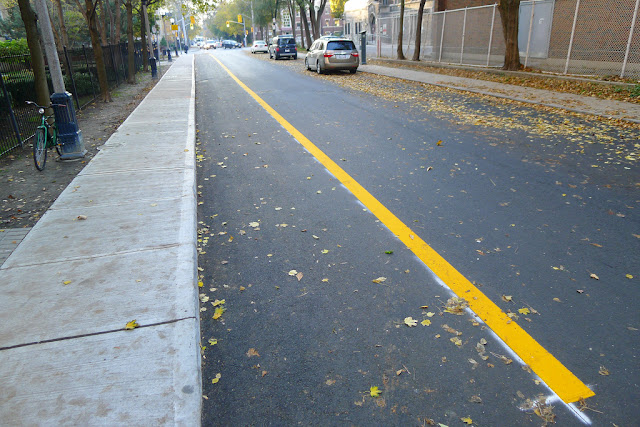 This 75m bike lane is the only new on-street infrastructure to be added this year.
The mini bike lane was first listed in the 2009 project list https://docs.google.com/viewer?url=http%3A%2F%2Fwww.toronto.ca%2Fcycling%2Fnetwork%2Fpdf%2Fnetworking_tracking.pdf
Posted by Tino at 7:32 am