This Monday (May 25th) the Advocacy for Respect for Cyclists, as part of Bike Month, will carry out a Guaranteed Bike Lane on College St. They will be realigning the bike lane to get around any parked cars in the bike lane proper. They may have some company.

A second group of cyclists claiming to represent cyclists from the outer reaches of Toronto will be blocking the College St bike lane at the same time as ARC is trying to unblock it. They want to bring attention to the issue of the City ignoring the needs of cyclists who do not live downtown. Please note, at this point the information of this blockade is not very credible and should only be considered a rumour. It is worth a look see though, might get quite interesting.

Here is the information for ARC's event. Will post any info we get from the second group as it becomes available.

Look for us on College between McCaul and Huron.

Come out to our fundraiser and help us raise money to hire a mechanic and get supplies to support 6 youth in building their very own bicycle in a pilot project running this summer in association with Bike Pirates. Doors open at 8:30 and bands start at 9:00. Come by and see Kay Pettigrew, Rival Boys and the Low Heroes. After the bands, Noloves will DJ a Cumbia-style Latin dance party and DJ Platform Shag will play some DISCO! Drinks will be available by donation! The music will go until 1:30 so pop by anytime you can and invite your friends too! PWYC
Posted by Geoffrey at 11:07 am No comments:

Ride in Silence May 20th 7pm

I ask all to come out to the corner of Bloor and Spidina at 6:30-7pm on May 20th to honor the fallen cyclist, to raise awareness that cyclist are traffic and everyone needs to share the road.


WHY DOES THIS ORGANIZATION EXIST?

THE RIDE OF SILENCE WILL NOT BE QUIET

On May 20, 2009, at 7:00 PM, the Ride of Silence will begin in North
America and roll across the globe. Cyclists will take to the roads in
a silent procession to honor cyclists who have been killed or injured
while cycling on public roadways. Although cyclists have a legal right
to share the road with motorists, the motoring public often isn't
aware of these rights, and sometimes not aware of the cyclists
themselves.

In 2003, Chris Phelan organized the first Ride Of Silence in Dallas
after endurance cyclist Larry Schwartz was hit by the mirror of a
passing bus and was killed. (Read the full history here...)

The Ride Of Silence is a free ride that asks its cyclists to ride no
faster than 12 mph and remain silent during the ride. There is no
brochure, no sponsors and no registration fees. The ride, which is
held during Bike Safety month, aims to raise the awareness of
motorists, police and city officials that cyclists have a legal right
to the public roadways. The ride is also a chance to show respect for
those who have been killed or injured.
Posted by Geoffrey at 10:22 am 2 comments:

Learn to be a Bike Pirate...YAR 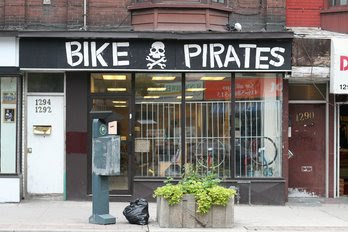 Help keep our doors open to the public. If you are interested in bicycle mechanics or are akin to a D.I.Y. mentality, please volunteer your time.

Bike Pirates has two days put aside for new volunteers able and willing to learn how to interact with bicycles and cyclists.

Introducing weekly Sunday Mobile Bike Shop. Work outside alongside fellow bike pirates and learn from front line mechanical service. Every Sunday between 12-4pm will be out on the town offering safety cheeks.

Also please do not be shy for our Wednesday volunteer only hours. Come by Wed between 12-7pm and help us continually overhaul the Bike Pirates shop and bikes.
Posted by Geoffrey at 6:20 pm No comments: 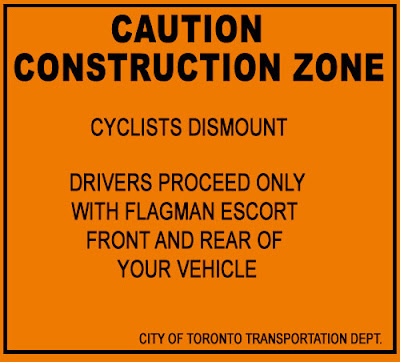 Posted by Darren at 7:07 pm No comments: