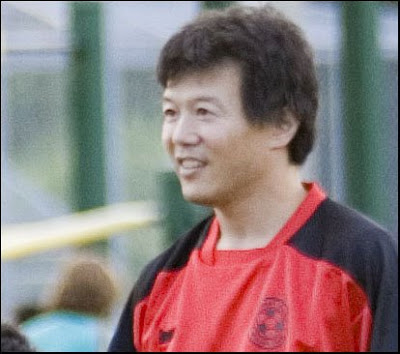 On the morning of June 8th, 2007 Alan Tamane left for work. His family was expecting to see him again that evening. They never did. He was killed by a City of Toronto truck while riding his bicycle to work.

Alan’s loss was devastating to his wife Amanda and four children along with being a huge loss to the community. Alan was the epiphany of devotion to family, friends, co-workers and the community.

Alan devoted more time to his family than there was time in a day. When his daughter was diagnosed with Kabuki Syndrome he became an advocate for her and the disabled. He became a soccer team coach when he found out his son wanted to play soccer. During each of his wife’s four pregnancies he gained weight in sympathy. Alan supported his wife in her demanding career as a police officer, together they offered a free Judo program to community children at the Police College. He devoted some of the same energy for his co-workers, becoming a vocal union steward in his workplace. His devotion to anything that he was involved in was apparent to anyone that met him and it made him many friends. When Alan thought about the future for his children he knew he had to work at helping the environment. That is when he decided to ride his bicycle to work year round.

On June 8th, 2008, family, friends and cyclists will ride together to symbolically complete Alan’s final ride. This is both to commemorate Alan’s life and in his spirit bring attention to the risks faced by cyclists on Bayview Ave.

The ride will leave the Bayview Arena (Finch and Bayview) southern most parking lot at 11am and follow what is believed to be Alan’s intended route that day to Sunny Brook. Alan’s employer has arranged for an area for cyclists to gather after the ride where a few words will be said by friends and family. Alan’s 10-year-old daughter Michiko will conclude the ride with a song for her father.

From the Finch Subway station the start location is about a 10 minute ride.

For cyclists riding from the Downtown area we will meet at Spadina and Bloor St for a 915 am departure.

The ICES BUG is advocating for a Bayview Avenue bikelane from Sheppard to
Eglinton and is actively engaged with Councillor Jenkins as part of the of
the Ward 25 Cycling Advisory Committee.

ARC (Advocacy for Respect for Cyclists) www.respect.to is a group which formalizes the principle of cyclists standing up for each other.
Posted by Darren at 6:37 pm