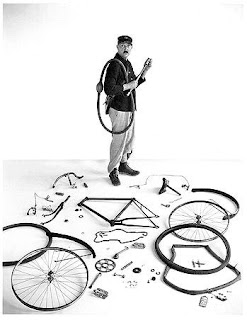 CineCycle Film Night :: June 6 :: 8pm A film (16mm) screening of a classic French film by Jaques Tati: Jour de Fete. A very funny cycling film about a postman who delivers mail by bike. Hilarious. As well, I will be doing a very special super 8 screening of my short 'La Fuga di Olmo' with a live performance of the musical score and narration. Wish me luck or just come by to see if I can pull it off. This special screening of 'La Fuga di Olmo' will be shown before 'Jour de Fete', so get there early. My short film was recently nominated for a Bike Film award in the UK.
Date: Wed. June 6 :: Time: 8 pm
Location: CineCycle (CineCycle Coach House 129 Spadina Ave. Down the Lane) 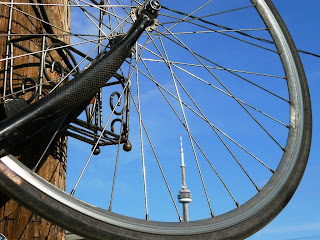