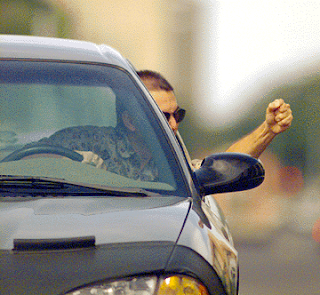 (snip)
And on the so-called "war on the car", Smitherman said while he supported cycling,  he didn't want to see Toronto's continued implementation of the Bike Plan impact on other forms of transportation.

"What I've noticed is that there are quite a few divisions around here," he said.

"This notion of the conflict between the car and the bike - I think the obligation we have is to understand that the inefficiency associated with gridlock is a serious climate challenge. I'm interested to be a leader of a city that makes it easier to use bikes. At the same time, it's my obligation to try and build a greater consensus around an integrated transit plan, without fostering the idea that one form of transportation is being played off against the other."