A Different Path - HotDocs May 7 at the Royal International Premiere 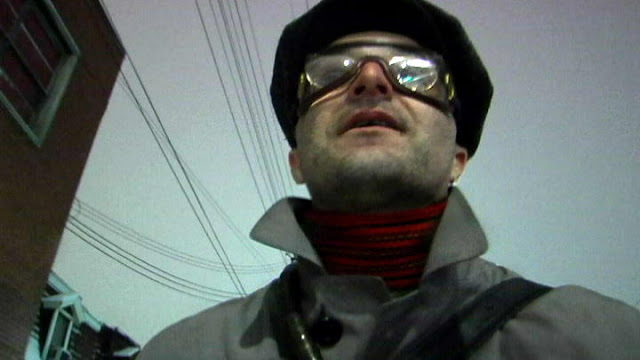 "Have you noticed that communities have been replaced by commutes, and pedestrians by parking lots? A handful of activists, sick of living in a car culture, decide to mobilize against automobiles. Seniors on scooters in Seattle, clown cyclists in Toronto, kayak commuters in New York and Portugal unite! Demanding sidewalks, curbs, and car-free days, protesters plan parties and absurdist actions to persuade others to join the revolution. They amuse in an effort to raise awareness about mobility issues. Richard and Cleta create a DIY scooter lane, while Michael dresses up the Klownen Führer. A lack of access to safe walkways and bike lanes has trapped large portions of the population, but since when does not being a driver equate to not being a citizen? Streets may have become the domain of cars, but they were originally intended for people. The time has come to take them back." - Angie Driscoll
Official website: thirtymilesfromanywhere.com
Official trailer: Trailer | Director(s) : Monteith McCollum
Posted by Tino at 11:06 am