A Ghost Bike For Scarborough 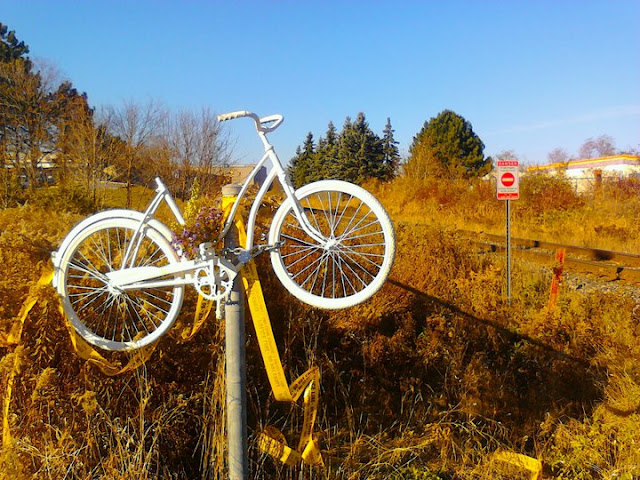 (Globe)
A cyclist was struck and killed by a GO Train in Scarborough Tuesday evening, police said.

The 54-year-old woman was riding west on Finch Avenue around 7:30 p.m., when she was hit by a northbound train at a level crossing, between Kennedy and Finch avenues.

She was pronounced dead at the scene.

The Stouffville-bound train, which was carrying 300 passengers, was held up at the scene, but was allowed to depart later in the evening.

The woman's name had not been released late Tuesday, pending notification of next of kin.

Investigators were still trying to determine how the crash happened, and why she was on the tracks at the time. (Photo: Bike Pirates)
Posted by Tino at 4:09 pm