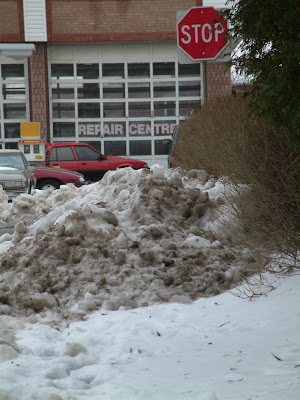 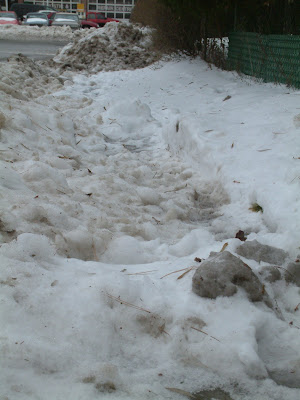 In the last four days since the storm my driveway's wind rows have been done no less than three times. They have also come to widen the intersection at least five times for the cars. Nothing done for the pedestrians, actually they made it worse by piling 4 feet of snow on the sidewalk.

While I appreciate their resources are probably stretched to the limit they do not have to make things worse. While this is a minor street is sees more than the average number of collisions, mostly vehicles running into the bus stop or neighbouring houses, because of a small strip mall across the street. Drivers get confused with traffic coming at them at all directions.Actually shortly after posting the original post there was a good bang up at the corner, no pedestrians were injured cause they made it onto the bus in time to avoid being hit.

Just find it a strange set of priorities.
Posted by Darren at 11:55 am