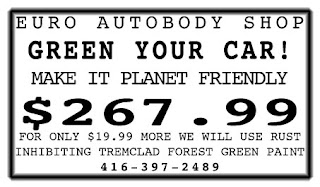 "September 14th marked the 108 yr
anniversary of first pedestrian death at the hands of an automobile in the United States. On September 13th, 1899, Henry Bliss stepped from a streetcar on Central Park West, in New York, and was struck by a taxicab. He died of his injuries the next morning. The event was reported on the front page of the New York Times.

'. Bliss was knocked to the pavement and, two wheels of the cab passed over his head and body. His skull and chest were crushed. ..
..When he was taken to the hospital Dr Marny, the house surgeon, said that Bliss was so seriously injured that he could not live ..'
...
Teslas and Google cars may not run on gasoline (though, as hybrids the Google cars probably will), and weaning ourselves off petroleum products will surely reduce greenhouse gases. But keeping transit focused on the free-wheeling automobile will do nothing to address the 40,000 deaths per year that result from automobile crashes.

After all, the taxicab that killed Henry Bliss was electric."